INTERVIEW – Virginia Mărăcine: „Be a volunteer for just a day!” 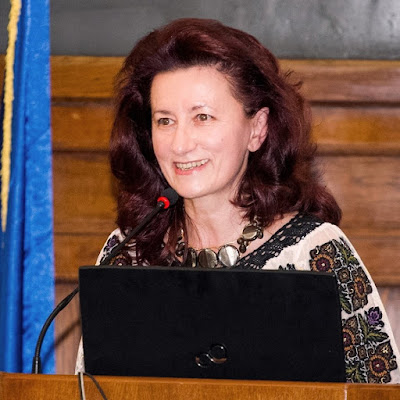 In Romania, volunteering has increased visibly in the last two decades, the activity being recognized at national level through a law that you can consult here: http://federatiavolum.ro/wp-content/uploads/2014/11/LV_promulgata.pdf.
Last days I talked with a very involved person in the volunteering domain. A person which through her experiences gained throught life, can be a model for any student.
Miss Virginia Mărăcine, professor and phd. at the Faculty of Cybernetics, Statistics and Economical Informatics, is involved in volunteering for her entire life. And does it dearly. With the same pleasure she answered our questions.
About what means to volunteer, about what a volunteer feels, and about the importance of volunteering in Romania, in the interview down below.
Reporter: I wanted to ask what triggered your wish, sustained in activity to be a volunteer?
Virginia Mărăcine: Wow, what a question! I donțt know if there is a triggering moment or some point to generate this wish. I think there are many components.

Reporter: How do you see the medical volunteer and how is it looked after the unfortunate event from 2 years ago at Colectiv club?
Virginia Mărăcine: From 2 points of view: (1) Firstly i look at it like the necessity of volunteers, us, the ones accepted since last year as volunteers in the ISU-SMURD system, to be instructed as paramedics (and this process already started), to be prepared in the tehnics of giving medical qualified first-aid. (2) And then as the need to be integrated in a program of knowing everyone around one, from children to old people on several levels: identifying emergency situation and avoiding them as much as possible, minimizing risk exposure. Because at Colectiv, let’s be honest to eachother and admit, it was about an maximum exposure to risk. To willingly lock yourself in an can with just an vent, and not with the bad will of participants, the concert and his beauty, the spirit of youth community it’s indisputable and it’s naturally to take place, it’s normal to organize these kinds of manifestations. The space was completely inadequate, with an unpermitted exposure to risk, exposure which could be reduced if more of the youth that participated at that concert were instructed and had the general knowledge to identify these kind of emergency situations, certainly the victim numbers of Colectiv would be much lower.
I believe that information and awareness can save lives: my student, Laszlo Palhazi from Business Analysis Master proved it, one of the three survivors from ASE at Colectiv. After he recovered he come to the Faculty and told me that his surviving with minor consequences over his health (compared to other friends present at the concert) it was due to the fact that he followed survival tehniques courses a few years back, so he could identy that a certain fireworks fire can transform into the tragedy that actually was. This is one of the reasons why I created the projects “Academia SpEranței – Voluntariat din iubire pentru viață”, to share knowledge of live saving. And we all can and must to contribute to this sharing process. As the number of the people share these informations the more lives can be saved. And in this moment, us ISU-SMURD volunteers, the ones who can go and present first-aid tehniques, talk to young people about how to identify corectly the risky situations, about how to prevent and minimize risks.
Reporter Intervention: Next there was the project with the SMURD caravan in the Bucharest Academy of Economic Studies of Academia SpEranței?
Virginia Mărăcine: The SMURD caravan came to ASE as one of the stipulated activities in the protocol of colaboration between the Bucharest Academy of Economic Studies and the Department of Emergency Situations in the Ministry of Internal Affairs, protocol that was gestioned by the project ”Academia SpEranței”.
It is an activity that practically opened the first-aid courses being prepared to be offered to the students and whole academic community  of ASE, through the instructors of the training center for SMURD of ISU București-Ilfov. So that was, let’s say it like that, the start moment, the gate that opens the long way towards to permanent practice of first-aid courses.
Reporter: What are the future projects of Academia SpEranței? What is it aiming?
Virginia Mărăcine: We are aiming to grow, and the new projects launched in 2016, ”Academia Speranței – Voluntariat din iubire pentru viață”, it’s doing just that, moves the activity “Hope Academy” from the answer “present and ready to help” when we are being asked to intervene at need, answered offered to disadvantaged communities, students, teachers, auxiliary staff with special problems that can not solve alone (medical problems, financial nature etc), respectively from the humanitary campaigns from Easter and Christmas (fundraising for gifts and spending these holidays together with the kids, and with the old people from asylum), towards the education activity. First-aid courses and a correct reaction towards an emergency situation, pass our activity in the education domain, leading to an impressive rise considering the dimension of the academic population which is going to be geared, because almost 23000 students from ASE will benefit from this.
The second rising zone is the one reffering the institutionalization of volunteering in ASE.
Just because I am aware of the necessity of volunteering, I said that from 7-8% of volunteers present in the student organisations from ASE, there is the need to reach in a medium to long term to a share of 60-70%, comparable with the one from every other civilized country. It may seem utopic, but I think it’s tangible. The important thing is to discuss, to communicate, to understand what is the need, to understand what are the benefits, not searching for them or wait for the material ones, because volunteering brings much more important benefits that material ones.
Reporter: What would tell to a student who never had done volunteering till today about this domain?
Virginia Mărăcine: I would tell him to try, firstly before having a strong opinion, whether he does, whether he doesn’t, he should try! It’s similar to settle your option for a proffesion, for a colour or food. Before saying that you don’t like, you must try. And after that, qualified, i will believe you when eventually you will say „i don’t need volunteering, i don’t like volunteering” or „ i don’t find any satisfaction, i don’t see the utility, i don’t understand why i have to lose time in this way”. I urge him „Firstly TRY! Be a volunteer at least for a day!”. Discover the joy of helping your people from love and altruism, join a new community of people from an special beauty that will change your world always in good!
I am convinced that after this try, once the appetite is opened, he will never quit volunteering, no matter what domain he is practicing.
Reporter: Thank you!
Virginia Mărăcine: Dearly! It is always a pleasure to talk to you, students!